The son of a fur merchant of modest means, Chaim Juda Orgelbrand, and Anna Jud; the elder brother of Maurycy. A graduate of the Rabbi School – and perhaps for this reason he advocated the cultural, but not religious assimilation of the Jews. He wed Anna Starkman, with whom he had eight children. He was also productive at work: he published countless numbers of Polish and Hebrew books, and several magazines (Warsaw printers and Jewish bookdealers: the Glücksbergs, Merzbachs, Jakub Mortkowicz, two generations of Przeworskis, and the Orgelbrands published most Polish books and magazines). At the age of thirty-three he became the owner of a bookshop in Warsaw. Ten years later he owned a publishing house, the largest and most modern in Poland, with its own network of subscribers, financing the editions of socially committed works with the sale of “commercial” publications. Over the course of thirty years he published around 250 titles (100 of which were in Hebrew) in 500 volumes, including the Babylonian Talmud (Vols. 1-20, 1860-1864) and the General Encyclopedia (Vols. 1-20, 1859-1868), for which he hired 181 Polish scholars. Three weeks before his death, he wrote: having my name forever tied to enormous and truly valuable works, worthy of a life’s hardship, might be […] the highest ideal, the most beautiful legacy I could give my children. He left them an inheritance only three times greater than the sum he invested in the Encyclopedia. His grave (in the Okopowa Jewish cemetery in Warsaw) bears the inscription: Bookseller, publisher of the first Polish encyclopedia. 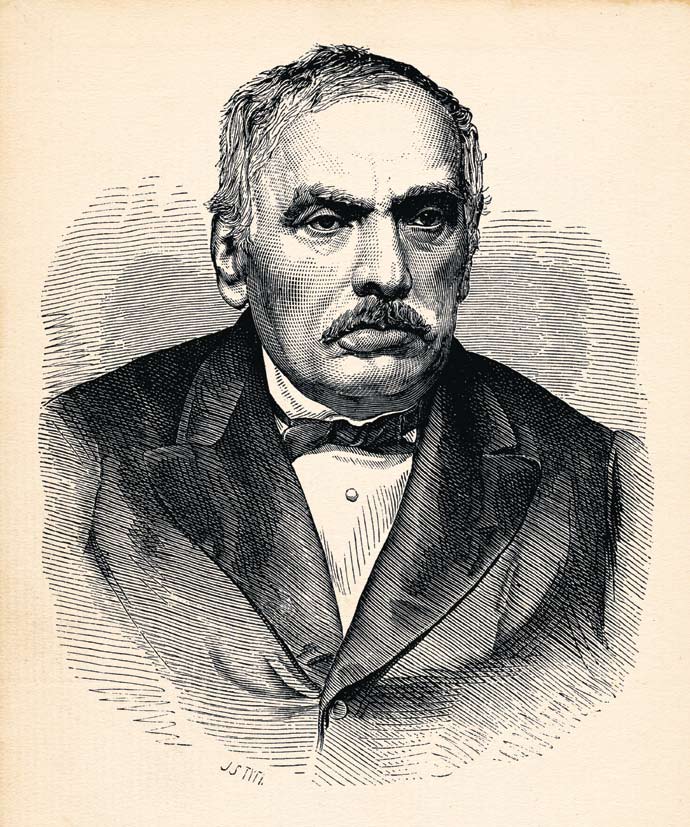